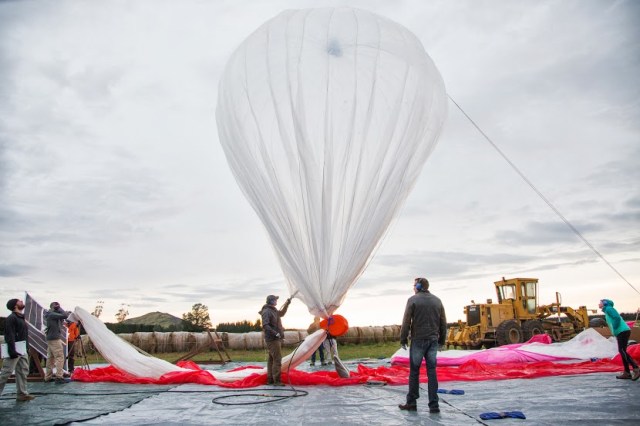 Google Sister Compay Alphabet Inc’s Loon has launched  4G Internet Balloon Service in Kenya. Loon in Partnership with Telkom Kenya will provide Internet Connection to subscribers in large Scale with the use of Solar Powered Balloons.

This will enable Telkom Subscribers in Covered regions to access 4G network make it possible to make Video and Voice calls, Browse, Send Mails, Text, and even Stream live Videos.

The balloons that are sent 60,000 feet and controlled remotely float freely on air. They are installed with Communication equipment that relay Internet Signal to users below and each balloon can cover over 11,000 Square Kilometers.

In Kenya, the service will be available as a pilot project in parts of Western Kenya and Rift regions that include Iten, Eldoret, Baringo, Nakuru, Kakamega, Kisumu, Kisii, Bomet, Kericho, and Narok. That’s about 50,000 Square Meters.

A fleet of 35 Solar Powered Balloons will be in constant motion hovering in the Stratosphere above Eastern Africa After being Launched in the USA. The Balloons use Current winds that will make Them reach Kenya.

Initial speed tests have indicated that they will provide a download speed of 18.9 Mbps and 4.7 Mbps Upload Speed.

Speaking during the launch at Radat Centre in Baringo County, Uhuru who addressed locals via live WhatsApp video chat asked them to take advantage of the improved telecommunication infrastructure to advance their social-economic activities.

“You now have a faster internet network. You can now sell your honey to the rest of the world. Take full advantage of it,” The President said.

Last year, Alphabet Inc’s Loon said it would deploy its system of balloons to beam high-speed Internet access with Telkom Kenya to cover rural and suburban populations, marking its first

Loon, The California based Company started operating in 2011 and was spun off into a separate company in 2018 with the mandate to be a viable enterprise of its own.

View More
Hi, How Can We Help You?
× WhatsApp us